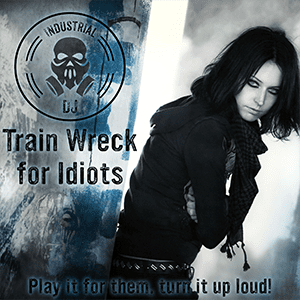 Partly inspired by a bunch of fucktards, a pile of tunes from all over the collective expertly mixed by a jackass with two left hands. From South Africa’s Hypomaniacs to Spain’s Universal Theory and laced with classics by KMFDM, C/A/T, Suicide Commando, Ludovico Technique, Front Line Assembly, Blackcentr, Static-X, Freakangel, Mindless Faith, Genitorturers, Unter Null and Klutae+Leaether Strip – as usual we’ve got something for everybody.

Want to be sure we grow and continue to be able to provide great tunes and more? Here's how:

We use cookies to ensure that we give you the best experience on our website. If you continue to use this site we will assume that you are happy with it.Accept